WARNING: Spoilers for real life. According to the Internet, this is now something I have to say.

Steve McQueen’s “12 Years a Slave” is about as intense and emotionally devastating as you might expect. Then again, a drama about slavery probably couldn’t go any other way.

“12 Years a Slave” is a great film that I don’t think I can ever watch again. And that’s a compliment. It plays like a series of terrible atrocities that you wish you had never witnessed, but you feel like a different person for having viewed history from a new perspective.

It seems that Hollywood has finally gotten comfortable telling stories about America’s past with slavery. “12 Years a Slave” is based on a book that is based on a true story of an odd occurrence that was unfortunately not uncommon during one of America’s darkest times. Solomon Northrup (Chiwetel Ejiofor) is a free black man from Saratoga. He is a husband, father, and talented violinist. One day, two white men who probably shouldn’t be trusted (re: they have facial hair) trick Solomon and sell him into slavery. If it takes a movie to make you realize how cruel slavery was, then you’re probably an idiot. If it took a movie to make you realize that something this cruel could actually happen to another human, then you’re probably me.

When I think of Solomon Northrup, I’m reminded of something Red said about Andy Dufresne in “The Shawshank Redemption”: “Some birds aren’t meant to be caged. Their feathers are just too bright.” During these next 12 years, Solomon deals with a series of cruel masters who beat him, manipulate him, and try to extinguish whatever hope might be left inside of him. But as they say in movies, you can’t lose your hope as long as you’re good at playing a musical instrument.

Under the direction of Steve McQueen, “12 Years a Slave” is one of the darkest period dramas I’ve ever seen. At times, it is less about hope and optimism and more about the pure will to survive. There is little talk of morality, just desperate people who will do literally anything they can to be free. The nicest man to take Solomon in (Benedict Cumberbatch) must let him go, as he feels he cannot keep him safe from those who want to hurt him. While “12 Years a Slave” is an emotional film, it does distance itself as much as possible, so as not to alter history. “12 Years a Slave is about witnessing, not changing, history.

Despite this, McQueen is neither tasteless nor sadistic: he truly knows how to capture tragedy in unimaginably horrifying ways. One scene which involves an attempted punishment for disobedience (you’ll know which one it is when you see it) seems to go on forever. I wish I brought a stopwatch in to time the length of the shot, which gets more and more unbearable and threatening the longer it goes on. McQueen takes the elements of film (image, sound, time, etc.) and uses them masterfully.

“12 Years a Slave” brings up a lot of obvious points (slavery was bad; slaveowners were assholes), while also shedding new light on a part of history that was thought to be so well documented. “12 Years a Slave” is accurate until whoever the history equivalent of Neil deGrasse Tyson says otherwise. Either way, movies should be primarily about capturing the emotions associated with living during a certain period in history. All it takes is a scene where a mother is separated from her two children for another person’s financial benefit in order to get a sense of the cruelties of slavery.

“12 Years a Slave” also focuses on the slaveowners as well. Michael Fassbender is riveting as Edwin Epps, the man who would own Solomon for most of his time as a slave. He’s unpredictable, and lets his power go to his head just a little too much. Paul Dano, meanwhile, lets his Eli Sunday side come back in full form. The most powerful performance, however, comes from Ejiofor, who does so much acting simply with his eyes, which hide so much pain and longing. It’s truly beautiful and moving, and it works perfectly with McQueen’s directing. I sense many future collaborations between McQueen and a majority of the actors from this film.

It might seem difficult to drag yourself to a theater to watch a movie that is this uncompromisingly brutal. Just know that you will be part of an experience that will be talked about for years to come. McQueen defies the norms to make a movie that shouldn’t be defined as “feel-bad,” but also doesn’t resort to a happy ending that ties everything together too perfectly. In the end, one slave is safe, but that was sadly just one man who was able to walk free at that time. In the end, the hope in “12 Years a Slave” lies in the hindsight. 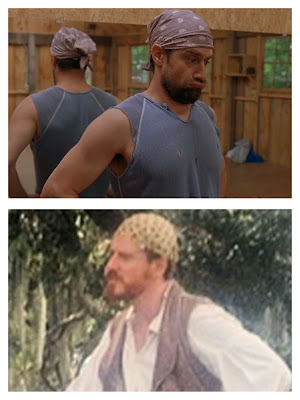