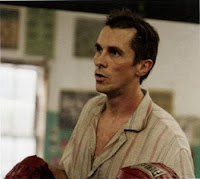 Over the past year, my thinking on the Golden Globes has drastically changed. Mainly, it’s come to my attention that they really don’t matter. The HFPA (Hollywood Foreign Press Association) doesn’t vote for the Oscars. Mainly though, it’s impossible to find relevance in some of these nominations. Really, how can someone be respected who nominates “Alice in Wonderland,” “Red,” and “The Tourist” for Best Comedy/Musical? There is so much wrong with this that I don’t even want to get into it right now.

Beyond that, the Golden Globes hold an inexplicable amount of importance in society. Because of that (and for Ricky Gervais), I will give you my predictions for the Golden Globes.
Now, predicting the Globes are slightly different from most other awards. Mainly, predicting the Globes involves examining a few strange possibilities (which actor is more foreign, which actor is named Johnny Depp).
Based on this tiresome and infuriating process, these are the winners you should bank on (movie categories only):
Best Drama: The Social Network
Best Comedy/Musical: The Kids Are All Right
Best Director: David Fincher (The Social Network)
Best Actor (Drama): Colin Firth (The King’s Speech)
Best Actress (Drama): Natalie Portman (Black Swan)
Best Actor (Comedy): Johnny Depp (Alice in Wonderland)
Best Actress (Comedy): Annette Benning (The Kids Are All Right)
Best Supporting Actor: Christian Bale (The Fighter)
Best Supporting Actress: Amy Adams (The Fighter)
Best Screenplay: Aaron Sorkin (The Social Network)
Best Animated Film: Toy Story 3
Best Foreign Film: Biutiful
Share on Tumblr