Does every sports movie have to end with a victory in order to inspire us? If “Moneyball” teaches us anything, it’s that a failure is just one small step on the road to success.

The sports movie formula has become a giant cliche: assembling the team, training, and then against all odds, winning (usually in slow motion). “Moneyball” does right in veering from this formula, but its biggest folly is that it thinks it’s the smartest sports movie ever made.
I guess this could only occur in a movie about Billy Beane. Beane, portrayed with ever relatable qualities by Brad Pitt, was general manager of the Oakland Athletics in the early 2000s. He joined as the team was about to lose Jason Giambi and Johnny Damon. Beane was looking not only to turn his team around, but to totally change the game (pun intended).
On a trip to Cleveland, Beane meets a young, Yale-educated analyst for the Indians named Peter Brand (Jonah Hill). In a secret “All the President’s Men” style meeting in a parking garage, Brand shares his unconventional method of finding players: judging on the numbers rather than the looks. The fact that all of the talent scouts were well into their 60s shows how out of touch management was with the actual game. 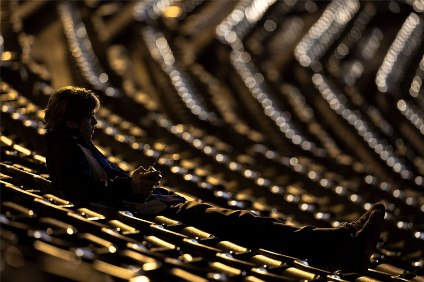 So Beane takes Brand away from Cleveland and the two apply his new system to the A’s. The statistic-based way of recruiting angers many and takes a few hits to the team’s reputation. Beane builds up a team of outcasts and misfits, and through some training and semi-inspirational speeches, the A’s pull off the longest winning streak in Major League Baseball history.
“Moneyball” is less about the actual game and more about what happens behind-the-scenes of the game. As someone who never got too into sports, it speaks great volumes of how invested this movie got me into baseball, if only for this two hour span. There are more brains that goes behind creating a good team than I ever could have imagined. Some of the logic is still a little fuzzy to me (I don’t have a mathematician’s brain), but the fact that it works is absolutely fascinating. This is also where the film faults the most. “Moneyball,” written by Aaron Sorkin and Steven Zaillian, lacks the absolute clarity that Sorkin injected into “The Social Network” that made the world of computer programming so intriguing. Sorkin should have written this one by himself. Zaillian, while a talented writer, tries to put in the same sentimentality that defined most of his other screenplays such as “Schindler’s List” and “Gangs of New York.”
It wouldn’t be shocking if adding the relationship between Beane and his daughter was Zaillian’s contribution. This wasn’t a terrible addition, as it makes Beane seem more relatable. However, there is no real conflict put into this relationship, as well as in Beane’s relation with his divorced wife. Therefore, this whole plot line just feels thrown in, and the ending isn’t as moving as it should have been. It also takes away from the goal of making “Moneyball” reminiscent of a 70s thriller. That little girl really can sing, though.

“Moneyball” might just miss the mark, and it might suffer from Multiple Ending Syndrome, but it is still a solid, if not spectacular, two hours of entertainment at the theaters. The real highlight of the movie though, is Jonah Hill. Comedic actors give their best turns in dramatic roles when they still act like they are in a comedy. If I could give one more compliment to “Moneyball,” instead of all out dissing it, I’d say it has great comic relief.
Share on Tumblr